SpeedFusion Bonding Technology
Powers enterprise VPNs that tap into the bandwidth of up to 13 low-cost cable, DSL, 3G/4G/LTE. 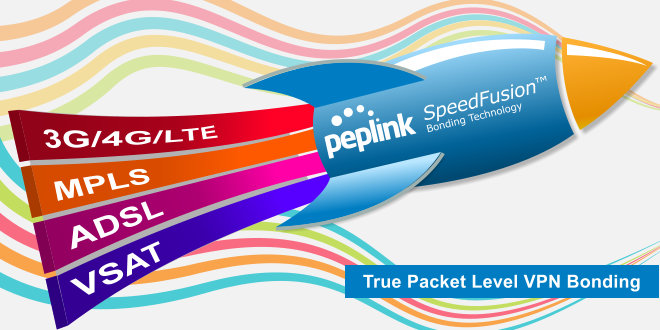 Peplink's patent-pending SpeedFusion technology powers enterprise VPNs that tap into the bandwidth of up to 13 low-cost cable, DSL, 3G/4G/LTE, and other links connected anywhere on your corporate or institutional WAN. Whether you're transferring a few documents or driving realtime POS data, video feeds, and VoIP conversations, SpeedFusion pumps all your data down a single fat datapipe that's budget-friendly, ultra-fast, and easily configurable to suit any networking environment. 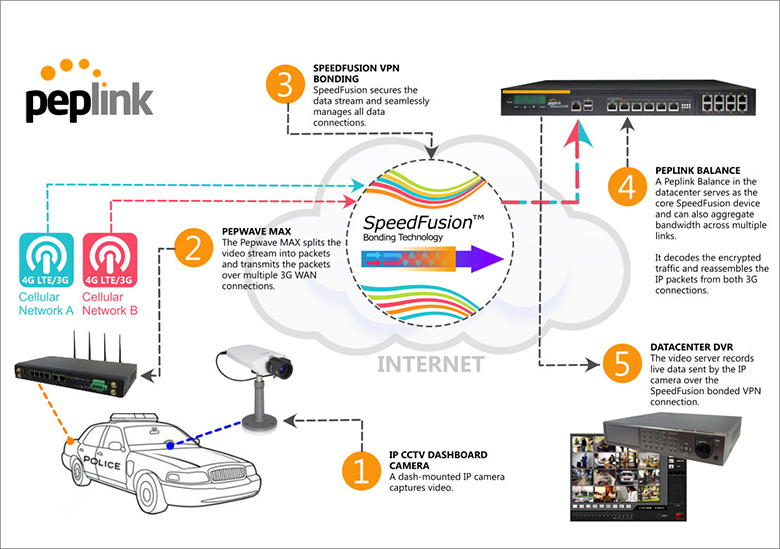 How does SpeedFusion work? 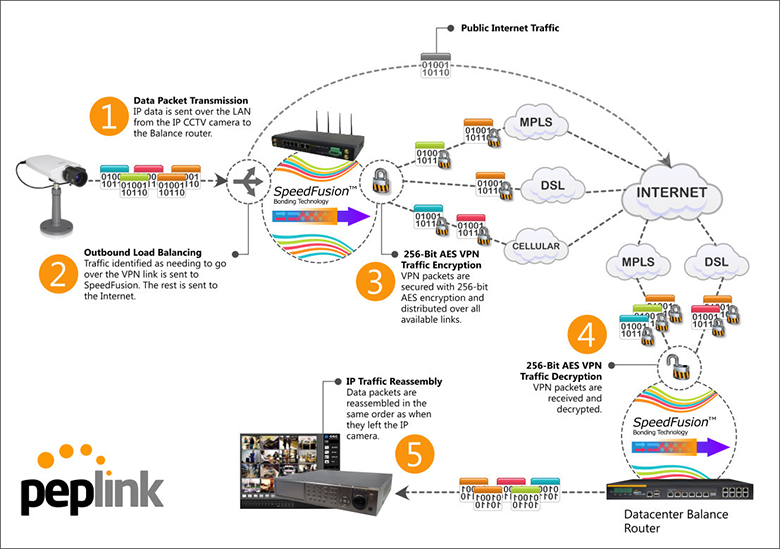 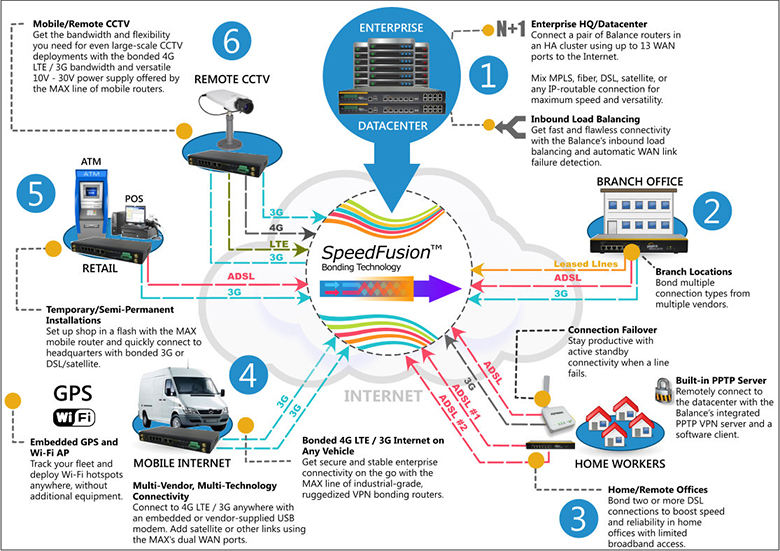 The Power to Do More While Paying Less.

Aggregate bandwidth and boost reliability in all your remote deployments. Tap new markets and explore new possibilities, wherever you find them. Do more wherever you do business while paying less with SpeedFusion.